To maintain your online privacy, a VPN is a program that masks your IP address and encrypts your internet connection. A gaming VPN, on the other hand, is a virtual private server that emphasizes improving your gaming experience while safeguarding your security.

Beyond that, you also enjoy anonymity and the possibility of blocking adverts (ads). In case you are wondering how to Block Twitch Ads? Utilizing a Twitch ad blocker. Or Use a VPN.

Corporate VPNs are used by organizations to protect the data that employees exchange. Employees can access their company’s network and private resources through corporate VPNs, including company files and documents. A corporate VPN enables you to use a dedicated IP to provide secure access to your company’s data.

Most of the advertisements you may have seen, including those for gamers, are for consumer VPNs. An encrypted tunnel connecting your PC to a VPN provider’s server, which is connected to the internet, is also a component of a consumer VPN.  A personal VPN can work for movies and online gaming.

Your IP address is the VPN server to everyone on the public internet, making it difficult for anyone to determine where you are. With this invention, players can participate in multiplayer games without worrying that other players will see their IP addresses.

Why Is IP Address Protection Important For Gamers?

An IP address can help hackers access your computer by letting other users know where it is.

Hackers may use your IP address information to launch DDoS attacks. In these attacks, a user’s IP address is flooded with excessive internet traffic, which causes their connection to slow down and eventually go offline sluggishly. Your IP address is required for an attacker to launch this attack.

As a result, a DDoS attack can stop you from playing online games. With a VPN, however, you wouldn’t have to be concerned about these attacks.

Do I Need A VPN For Gaming?

Perhaps the discussion above convinced you that if you play games, a gaming VPN is a necessity.

Only some reasons you need a gaming VPN are related to privacy and anonymity. Additional factors include:

Swatting is a form of harassment in which the harasser summons the emergency services to the victim’s residence, claiming that there has been a bomb threat, an emergency, or a hostage situation. There is a chance that these situations will worsen and turn fatal.

Although swatting is uncommon, it could happen in multiplayer games when one player chooses to pursue and stalk another. An angry game loser might decide to stalk you online and off, take over your social media accounts, or even infect your computer with a virus.

ISPs have a history of throttling or slowing bandwidth to relieve network congestion. Others install software that automatically reduces connectivity when it detects a certain amount of traffic. These applications may run and interfere with your gaming while playing or sharing.

It is difficult for the ISP to tell whether you are browsing, streaming, or playing online games because a VPN masks your online activities. Some high-end VPNs can even change ports, which makes it harder for ISPs to impose data usage restrictions on you.

Some nations impose restrictions on—or outright ban—certain video games based on their content. For instance

VPN allows you to connect to a server in a country where the games are not blocked or restricted, allowing you to avoid such restrictions.

Setting up a VPN on a gaming computer.

Once you’ve chosen which VPN you want to use, go to the official website to download and install it on your computer. This procedure should be identical to installing any other program; you must follow the setup wizard to the end. However, we strongly advise you to carefully read the terms and conditions of any programs the installer may try to install in addition to your VPN, such as free antivirus software.

You might observe that a new network connection has been established on your computer after the installation. When you use a VPN, your entire internet traffic will travel along this path, hiding your IP address from your ISP and other parties. Later, more on that.

Is it legal to use VPNs for gaming?

Although VPNs are generally legal, you should always check the regulations in your country or region before using them. For instance, use caution when using VPNs in China, which are permitted but subject to strict rules and are seen as suspicious behavior.

Otherwise, your use of the VPN—not the VPN itself—is illegal. Using one to access region-locked games or to buy them at lower region-specific prices frequently violates the terms of service of a storefront. It may result in account termination, but there are no legal repercussions. It is safe to assume that using a VPN to download copyrighted content is illegal, but different nations have different laws.

The Top Torrent9 Alternatives You Should Visit In 2022 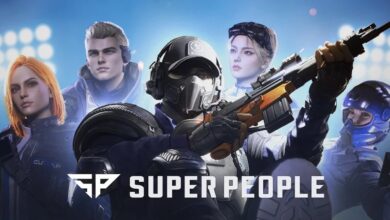 Everything we know about Super People: Platforms, early access, more 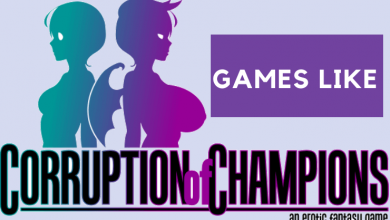