How much does it cost?

Does the API support the currencies you need?

Are there real-time updates of currency rates?

Does it provide the required security?

Does it provide an easy-to-integrate API?

What kind of support do they offer?

How flexible is it?

What programming languages are supported?

Are there any additional features that are supported?

Are the errors shown properly if the API fails?

How easy is it to debug and read the response?

Are there methods to reduce the bandwidth?

Are you ready to get started with Currencylayer API?

How much does a currency converter API cost?

Cost is always a decisive factor when buying something. When it comes to currencylayer, it provides a free version along with three subscription packages. However, even the free package itself supports up to 20 requests/monthly, daily updates, historical rates, and limited support. The other packages are

For pricing, check the documentation here.

Does the API support the currencies you need?

A currency converter API won’t be useful if it doesn’t support the currencies you need. If you are developing an application with it, you should be able to support all of your customer requests that can come from either one or several currencies. Currencylayer supports up to 168 currencies with real-time updates. Here is a full list of currencies supported by Currencylayer.

Are there real-time updates of currency rates?

Foreign exchange rates change every day. Because of that, not all APIs are able to provide up-to-date currency rates as some of them are not updated frequently enough. The good news is currencylayer updates its exchange rates every 60 minutes, 10 minutes, or 60 seconds. The time period is determined based on your subscription.

Does the currency converter API provide the required security?

There are several security threats you have to handle when using an API. Some of them are unauthorized access, viruses, and changing data when transmitting through the API. Currencylayer relieves you from all the trouble of handling such security issues. It only allows HTTPS connections and employs business-standard bank-level encryption. This is extremely safe and secure, with well-designed security protocols.

Does it provide an easy-to-integrate API?

One of the main characteristics of APIs is that they are easy to use.  Currencylayer is an incredibly simple to integrate REST API that delivers real-time and past exchange rates of 168 foreign currencies, defaulted to USD, in a compact and portable JSON format that is suitable for any application.

What kind of support do they offer?

When choosing an API provider, making sure you get all the support you need is critical. Having a good support service is important when you have to fix an issue you face. Smaller companies or startups may not be able to provide the level of help your company requires. In the API documentation, Currencylayer provides thorough support and help to users. Currencylayer has a team of dedicated professionals available to assist you with any issues you are unable to resolve on your own.

How flexible is the currency converter API?

Developers’ time is directly proportional to the cost of any software you build. Therefore, flexibility and ease of learning should also be considered when buying the API. The Currencylayer API is straightforward to use, and developers will have no trouble integrating it into your app or website. If they run into any technical challenges, they can refer to the API documentation. Also, the currencylayer API provides a dashboard as well as the ability to alter preset currencies.

What programming languages are supported?

Are there any additional features that are supported?

Are the errors shown properly if the currency converter API fails?

When an API call fails, the user should be able to figure out what the problem is. If your query is unsuccessful, the currencylayer API will provide a response with a three-digit error code as well as a simple text with useful suggestions on what the error might be.

How easy is it to debug and read the response?

During development, developers are prone to do debugging due to different reasons, such as identifying what the exact response is through an endpoint. Therefore, the readability of the code is important during that time. The currencylayer API includes an in-built JSON format method that shows the API’s result in a JSON-structured style during debugging to improve readability.

Are there methods to reduce the bandwidth?

Sometimes the API calls can be quite frequent, causing the same response to come repeatedly. Most APIs have built-in methods to identify and avoid the same response coming back. In currencylayer, they have used a method called HTTP ETags to reduce the bandwidth of the response by comparing whether the browser cache matches the content in the server. However, if the content hasn’t been modified, the bandwidth of the response will be comparatively small.

Are you ready to get started with Currencylayer API?

As you’ve seen, the currencylayer API offers extensive currency data that can be used with almost every framework and programming language. It has all the key features we expect from a currency converter API and more. Currencylayer provides a free tier which is quite useful for newcomers who want to test the API. However, with any API, you will have to go for a paid subscription package if you want to use their advanced features like Source Currency Switching, HTTPS Encryption, Currency Conversion.

Sign up today and start working with the best currency API! 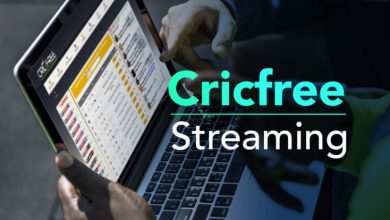 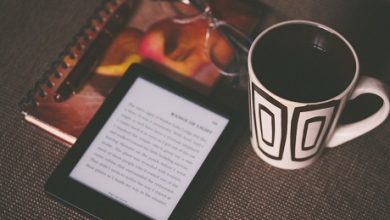