The United Kingdom is home to some of the world’s most innovative and successful technology companies. From start-ups to global giants, the UK’s tech sector is booming.

There are many reasons why the UK is such a great place for tech companies. The country has a long history of innovation, a strong culture of entrepreneurship, and a world-class education system. The UK also has a large pool of talent, with over half a million people employed in the tech sector.

So, where are the best places to set up a tech company in the UK? Here are the top 10 biggest tech hubs in the country.

Incidentally, if you are applying for British citizenship, you must pass the UK citizenship test. The test is designed to assess your understanding of the culture, history, rules, and so on of the UK.

As the capital of the United Kingdom, it is no surprise that London is also the country’s largest tech hub. Over the past few years, the city has become a hotbed for tech startups and is home to some of the world’s most innovative companies.

According to a report by Tech City UK, there are now over 1,500 tech startups in London and the number is growing rapidly. The city’s thriving tech scene has been fuelled by a number of factors, including a strong talent pool, access to capital, and a favorable regulatory environment.

In terms of sheer size, London’s tech ecosystem is unrivaled in the UK. The city is home to two of the world’s most prestigious universities (Imperial College London and University College London), as well as a number of world-class accelerators and incubators.

The Scottish capital of Edinburgh is the second-largest tech hub in the UK. The city is home to a number of world-renowned universities, including the University of Edinburgh, which is one of the oldest and most prestigious universities in the world.

The city’s strong educational heritage has helped to create a thriving tech scene, with Edinburgh now home to over 700 tech startups. These companies are attracted by the city’s strong talent pool, as well as its favorable business environment.

Edinburgh is also home to a number of accelerators and incubators, including the Edinburgh Science Triangle, which is a collaboration between the city’s three main universities.

According to recent research, Manchester is now one of the most important tech hubs in the UK. This is largely due to the city’s strong and growing digital economy, which is now worth an estimated £2.9 billion.

One of the key reasons for Manchester’s success as a tech hub is the large number of digital businesses that are based in the city. These businesses range from small startups to large multinational corporations, and they are all helping to drive the city’s economy forward.

Another key factor is the city’s large student population. Manchester is home to two world-class universities, and these institutions are helping to produce a new generation of talented digital entrepreneurs.

The city is home to a burgeoning tech scene, with a growing number of startups, scaleups, and established tech businesses choosing to base themselves here.

There are a number of factors that make Birmingham an attractive proposition for tech businesses. Firstly, the city has a large and highly-skilled talent pool. According to the most recent figures from Tech Nation, there are over 18,000 digital tech workers in Birmingham – an increase of 18% since 2014.

Secondly, the city has a strong track record of supporting and funding tech businesses. In 2017, the Birmingham Post reported that the city council had invested £100 million in a new venture capital fund to support local startups.

Home to a number of leading-edge incubators and accelerators, including the Bristol SETsquared Centre and the Bristol & Bath Science Park, the city of Bristol is the fifth-largest tech hub in the UK. The city has a long history of innovation, being home to the world’s first industrial city.

Today, Bristol is home to over 300 tech startups and is one of the fastest-growing tech ecosystems in the UK. The city’s strong talent pool, favorable business environment, and access to capital have all contributed to its success as a tech hub.

There are a number of reasons why Leeds is such a great place for tech businesses to thrive. Firstly, the city has a very strong talent pool. Leeds is home to two universities that are both ranked in the top 20 for computer science in the UK, meaning that there is a constant stream of new talent coming into the city. Additionally, the cost of living in Leeds is very reasonable, which makes it a more affordable place to set up a tech business than some other cities in the UK.

Leeds also has a very strong infrastructure for tech businesses. The city has excellent transport links, with two international airports and a central train station which provides direct links to London and other major UK cities. Additionally, Leeds is home to a number of co-working spaces and incubators which provide support and resources for startups and small businesses.

There are a number of reasons why Glasgow is such an attractive destination for tech companies. The city offers a lower cost of living than other major UK cities and has a highly skilled workforce. Glasgow also has excellent transport links, with two international airports and a central train station.

The city has a strong presence of leading tech companies, including IBM, Oracle, Microsoft, and Amazon. These companies have established large offices in Glasgow, providing employment for thousands of people.

The startup scene in Glasgow is growing rapidly, with a number of accelerators and incubators providing support for early-stage businesses. The city is also home to a number of co-working spaces, which provide affordable office space for startups.

Sheffield is one of the most vibrant and exciting cities in the UK and is fast becoming a leading tech hub. The city has a strong and growing digital economy and is home to a number of leading tech companies.

Sheffield is also home to two universities that are leading the way in terms of research and development in the digital and tech sectors. The University of Sheffield is home to the world-renowned Advanced Manufacturing Research Centre (AMRC) which is carrying out pioneering work in the field of 3D printing and other digital technologies.

Sheffield Hallam University also has a strong reputation in the tech sector and is home to the National Centre for Additive Manufacturing.

As one of the leading commercial centers in the UK, Liverpool is a hub for businesses in a range of sectors including technology. The city has a thriving start-up scene, with a number of incubators and accelerators supporting businesses in the city.

Liverpool is also home to a number of established tech businesses, including digital marketing agency Blue Panda and web development company Red Tiger. The city is also home to the headquarters of online retailer Shop Direct, which has a large tech team based in the city.

One of the key reasons for Liverpool’s success as a tech hub is the city’s strong connectivity. Liverpool is well-connected to the rest of the UK, with excellent transport links to London and other major cities. The city also has a strong digital infrastructure, with high-speed broadband and mobile connectivity.

The Newcastle startup scene is growing at a rapid pace, with a number of new businesses and innovative products being created in the city. Newcastle is also home to a number of accelerators and incubators, which provide support and funding for startups.

There are a number of reasons why Newcastle is such a great place for startups and tech businesses. The city has a strong talent pool, with a number of world-class universities located here. Newcastle is also a very affordable city, with lower costs of living and doing business than many other UK cities.

The city is also well-connected, with good transport links to other parts of the UK and Europe. Newcastle International Airport is just a short drive from the city center, and there are excellent rail and road links to the rest of the country.

How To Fix When Backspace Not Working on Windows 10

Top 10 Best Cryptocurrency Apps You Can Use In 2022 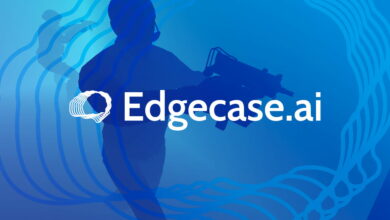