The Internet has been around us for a while now, those times are long gone when the internet was a piece of technology that only governments and militaries of the world had to ensure secure communication. Although the internet was initially made for this purpose, soon it grew and became something unfathomable. Since the commercialization of the internet which initially grew in the early 90s, it has become the most crucial piece of technology that we use today. The penetration of the internet in today’s society can be estimated from stats; according to which a 2019 report, almost 90 percent of the US population is connected to the internet and this percentage is rising exponentially and this stat is of 2019 in current times when we see that since everyone is either working from home over the internet or is taking education online. In this landscape, this user base would have grown even more

But what is the internet?, tTo put it simply, the Internet is a vast network of computer servers that allows users to interact with each other and share information. Hypothetically speaking, each device that is present on the internet is connected to every other device. This ability has made the Internet is one of the most popular communications tools in the world, and the number of users is growing every day. Usages of the internet have expanded drastically as well, and the major push behind this popularity is that the internet has become cost-efficient by the passage of time and its access has become streamlined through Telco companies who are actively working to expand reaches of the internet to even more people. These companies regularly roll out discounts and new promotions in order to attract more and more customers like Spectrum offers provide high-speed internet in at promotional pricing for new customers.

With the internet being so deeply rooted in today’s society it has practically captured every walk of life -, from work, entertainment, and education everything has a dash of internet included in it. The advent of AI is also a contribution of the internet and with the involvement of AI in our daily lives, we transcended into an age of the Internet of Things., this is a very broad and complicated term that requires some kind of explanation. IoT stands for Internet of Things and is the network of physical devices that are connected via the internet. These physical devices can be anything like smartphones, Televisions, Laptop, Mobile Phone, Home Automation Devices, etc. Iit has revolutionized the world we live in. IoT is a vast field and basically, every device that is connected with the internet today is part of IoT. The IoT devices are making life easier and allowing regular users to reduce their workloads providing ease and convenience and in some cases saving money as well.

Why Protection of IoT Devices is Necessary

As explained before, the internet is the collection of devices that are connected with each other. tThis is a blessing as well as, in some cases, a curse as well because not everyone present on the internet has a positive intention. There is no doubt that the internet is a wonderful thing. It has made the world smaller, faster, and easier to connect with people. However, it has also made the world a dangerous place to be, as countless people would do anything for fame and fortune. Such people who have a malicious purpose use the internet to commit different types of crimes. Internet is such a powerful tool that in the wrong hands it can cause devastation;, unlawful activities can be committed no matter the distance because the reach of the internet is infinite. In the age of the Internet of Things, this threat has become even more dangerous.

In times when general masses have inculcated Internet of Things devices like our home locks, smartphones, smart speaker, webcams, and other devicesetc. in daily lives, that make the Internet of Things are connected through cyberspace they we become more susceptible vulnerable to threats. These devices if compromised can cause havoc., fFor instance, if someone can simply hacks into your smart home automation system and disables all the security, just imagine the consequences of that – it’s just like a break-in but a silent and deadly one. On the other hand, if someone hacks the camera and mic of your smartphone and eavesdrop all your conversations, and spiesy on you using your favorite devices; the imagination of such a scenario is devastating, let alone this happening to anyone. That is why the protection of devices that are present in cyberspace has become even more crucial than it was ever before. Here we provide you with some tips that are essential to keep your IoT devices secure from internal and external threats.

This is probably the most common advice any cybersecurity expert will give you and it’s the one the makes most sense as well. As the accessibility of the internet has increased, it has to be kept in mind that not all networks are safe. Networks like open hotspots and public Wi-Fi are more susceptible to attacks than a secure home network. The reason behind this is that these open networks have no proper checks and anyone can connect to them thus a person whose device is connected to networks like these is open for anyone to intrude. Most of these networks are established as traps to lure people as a guise of free internet and middlemean who are mostly administrators of such networks gain access to user’s device and use it for malicious purposes.

IoT devices are constantly under threat of cyberattacks and intruders are trying to get into these devices. The first line of protection against these threats is the passwords that ensure that only authorized users can access them. A common example of this is the pin code to your smart home control panel. Make sure that the passwords you set on these devices are not too easy to guess like repeating numbers, your date of birth, or another relevant thing that can be easily guessed easily. One more thing is that many IoT devices offer options for two-factor authentication that add an extra layer of protection over the existing password.

Many devices have an internal security system as well that protects them from cyber threats. These security measures are embedded into the system, thus, these firmware needs to be constantly updated in order to keep the devices secure from new emerging threats. Another crucial reason behind firmware updates is that not all systems are made perfect and whenever a security vulnerability is detected in an operating system, a patch is released fixing it thus the more updated the firmware, the fewer security loopholes it’s going to have.

As the internet is gaining new heights of usage and popularity, the increase of risk cyberattacks is also increasing. We are in the age of the internet of things in which hypothetically everything in our lives has something to do with the internet. In times when we are so dependent on the internet and cyberspace being a dangerous place in the current landscape protection of IoT devices is a necessity. The tips provided in this article are not that difficult to follow and can help you protect your IoT devices to ensure your privacy and well-being.

Ecommerce Content Marketing Strategy: How to Use It Right? 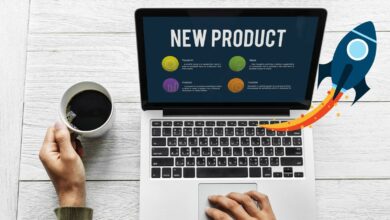 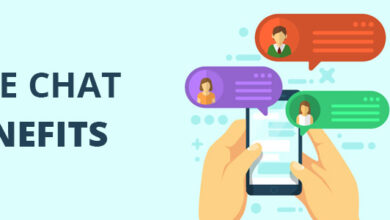 The 9 Big Benefits of Live Chat for Customer Service Teams 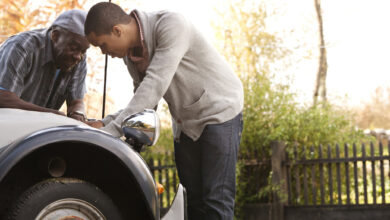 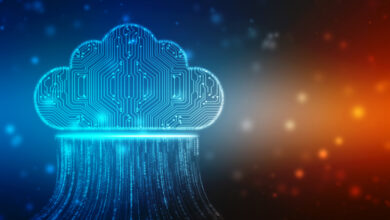 Why Has Cloud Storage Become a Popular Solution?